Portland at a Crossroads series with animated, interactive intro

Departing from the standard Press Herald story template, a unique stand-alone site was created for this 5-day series in 2005. Each day, a new link appeared across the top navigation.

A series of silhouettes and a mix of fonts were used to visually express the diverse people represented in this series. For the background of the initial screen Post Office Park in Portland’s Old Port was photographed on a colorful fall day that was serendipitously windy with change. 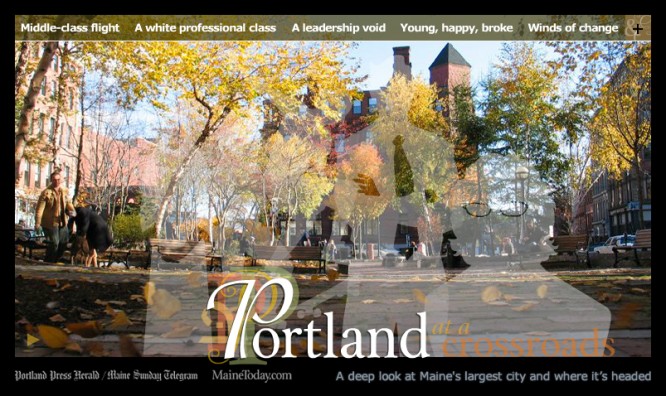 Flash is no longer supported by web browsers, so below is a demo of the initial screen loading and interacting with the navigation and silhouettes. 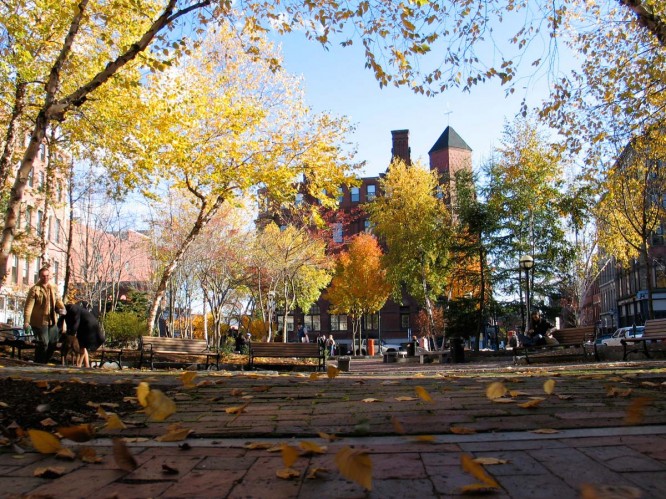